The New Hazlett Theater:  The New Hazlett Theater is located on the North Side next to the Children’s Museum used to be home to the Pittsburgh Public Theater.  I remember some field trips to the Public Theater when it was located on the North Side – I am pretty sure we went to see “I Do! I Do!” and “Dancing at Lughnasa”.   I  reviewed the Public Theaters Production history to double check this and I have no idea why someone would take a class of middle school kids to see a play about marriage. What theater field trips do  you remember – leave a comment below.

In 1999 the Pittsburgh Public Theater moved to the Cultural District.  In 2004 the New Hazlette Theater relaunced as a non-profit organization to provide a multi-use space for arts, performances and events.  So the theater is now home to many different groups and organizations that don’t have their own theater and is a great space for one-time events. www.newhazletttheater.org 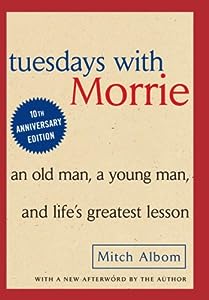 Tuesday’s With Morrie: This winter Prime Stage Theater is partnering with the Western PA Chapter of the ALS Association to present a production of Tuesday’s With Morrie. One of the main characters of the story is diagnosed with ALS (also known as Lou Gherigs disease).

Check out the KDKA segment on Prime Stage Theater’s Tuesday’s with Morrie – http://kdka.com/video/?id=69123@kdka.dayport.com