You are here: Home / Sports / 7 Reasons to Love Pittsburgh and Steelers Fans Pittsburghers store Primanti Brothers‘ french fries in their flavor savers for the winters along the confluence. Nothing reminds me that I have a friend in Pennsylvania like spotting a 300-pound guy eating a sausage while stuffed in a Mazda truck with a Steelers’ license plate driving down I-95. Yes, nobody is watching — go ahead and use your face as a napkin.

7. Primanti Brothers – I think there are many people out there who would say this is a reason to love the PGH.

6. “The family trip to Ocean City”

Fellow Marylanders, you know you’re in for a treat when you get stuck behind an ’87 Chrysler minivan with Pennsylvania tags that read “DOWNY OCEAN.” Nothing says fun in the sun like cruising 4 mph down the Coastal Highway behind this minivan, while its occupants decide which Dumser’s meets their culinary standards. Hey, you guys have three rivers –pick one and make it a weekend. 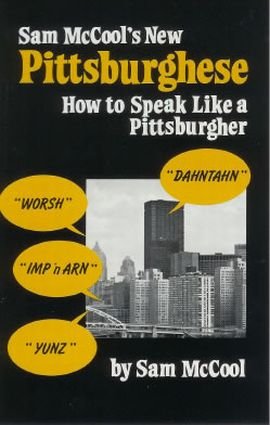 6. We may vacation in Maryland but we choose to live in Pittsburgh the other 51 weeks out of the year.

When your regional diction makes you sound like Burgess Meredith with a nose filled with gauze, you should probably phase out speaking in public. Here’s a rule: One out of every seven words you say has to be discernible to the rest of the country.

5. Pittsburghese – we have our own vocabulary and we are proud of it n’at.

I like these “Terrible Towels.” Its bright yellow, screams “I am woman –hear me roar!” But the look on Steelers fans’ faces when you rip it out of their hands and stomp on it like LenDale White is a gift that keeps giving. They also are quite useful at a tailgate since they burn really, really well.

4. The Terrible Towel – we have sports paraphernalia that is useful

Is there anything worse than the guy with the one eye that gave up around the second Ronald Reagan administration rocking this ensemble: Stone-washed, black Wranglers with a “Terrible Towel” hanging from the back pocket like Cooter from “The Dukes of Hazzard,” a ‘coon skin hat and a skin-tight Major Harris jersey?

3. I think it is nice that the terrible towel is considered an acceptable accessory for everyone to wear.

2. “Take off the Slayer arena tour T-shirt and step away from the Bradshaw bobblehead”

We here in Baltimore are guilty of living in our past, but Pittsburghers take being stuck in a time warp to a new level. But I’m really happy the NFL gift-wrapped Super Bowl XL for you because everyone was so tired of hearing about your 19-freaking-70s teams. If it weren’t for Paul Tagliabue, most of you still would be in your basement putting the finishing touches on your Lynn Swann paint-by the number masterpiece. 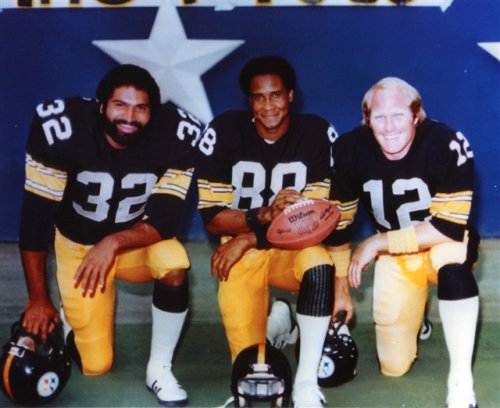 2. Pittsburghers have a deep level of respect for history and heritage (especially sports heritage).

While I’m on the subject of things Pittsburghers like, I have to talk about Iron City beer. The brew’s bottling process begins by dipping a bucket directly into the Allegheny River. From there, it’s taken to a plant where your city’s finest run-off is sifted until the best sewage is ready for distribution.

1. Iron City Beer – Is just a great thing to love about Pittsburgh. It is beer and history all in one. And the first brewery to print sports scenes on the cans. Does Baltimore have its own beer?

« Not Just Any Black and Gold T-shirt (and save 20.09% in the IheartPGH shop)
Connect to the Pittsburgh Organizations via Social Media »